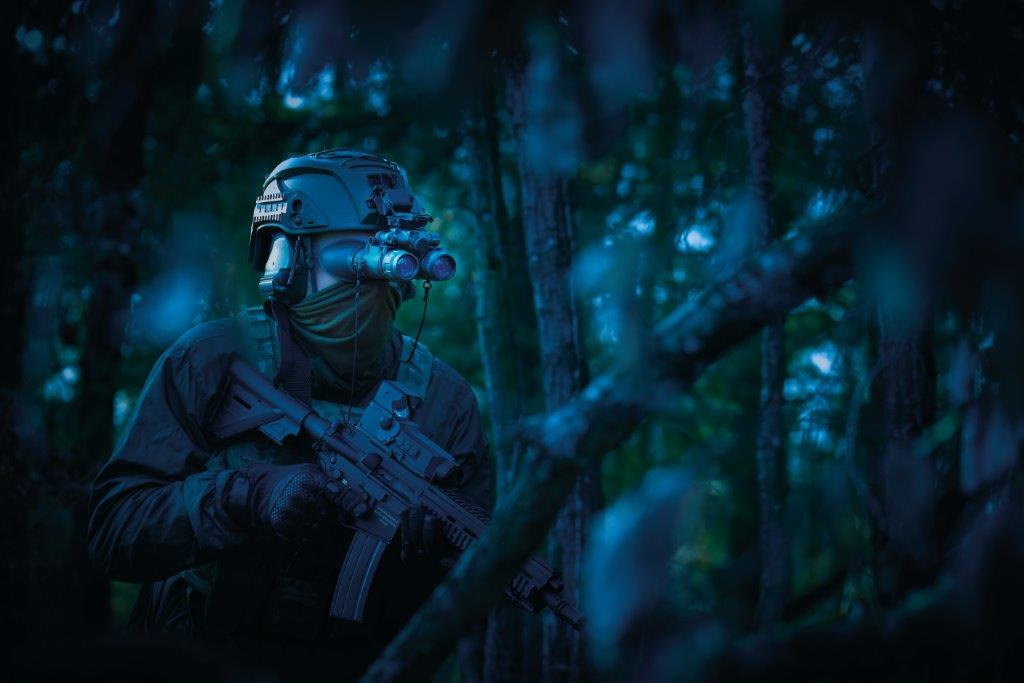 The dismounted patrol steps out into the clear, moonless night. The patrol leader, has hammered home the message to his platoon that ambushes can happen in an isolated rural area on a dark night like this, when the only light comes from the stars twinkling above the arid hilltops. His team’s mission is to maintain a visible peacekeeping presence in the sector, while gathering information on activity by suspected insurgents. Local rules of engagement allow the team to open fire if they come into contact with hostile elements.

All of the platoon members are equipped with Night Vision Goggles (NVGs), as well as the new compact, lightweight XTRAIM weapon-mounted sight, which combines standard red-dot sight functions with decamouflage and night firing capability provided by a built-in infrared (IR) detector.

Rather than being clipped on and off, like a conventional night sight, the rail-mounted XTRAIM, weighing just 530 g (a saving of around 350 g compared with a typical red-dot sight plus IR clip-on arrangement) remains on the weapon at all times, without adversely affecting its centre of gravity, so that there is no added fatigue for the user – particularly important in hot climates. The uncooled IR detector (equipped with an innovative correction algorithm that reduces thermal “noise” continuously and automatically) can simply be switched on at the push of a button when required.

The compactness, light weight and ease of use of the XTRAIM sight mean that, instead of decamouflage and night-vision firing capability being confined to one or two members of a dismounted team, as was often the case in the past, every single member of the platoon now carries the sight on their weapon.

A step change in platoon survivability

All of the team are aware of the precious boost in survivability that the XTRAIM sight brings: when everybody in the patrol can utilise the full range of their weapons both day and night (typically around 300 metres for an assault rifle or light machine gun), the platoon’s firepower is given a massive boost, and enemies can be identified, engaged and neutralised much more effectively, while maintaining the crucial element of surprise. The sight can also be used with a 3x magnifier to boost its range.

Dismounted soldiers equipped with any type of Night Vision Goggle (such as Thales’s Nellie or Minie NVGs) are able simply to look through the XTRAIM sight while wearing the goggle to benefit from the fusion of image intensification and infrared capabilities, while maintaining a high level of situational awareness.

As the patrol approaches a small patch of woodland alongside a track, shots ring out from among the trees. The platoon drops behind a low wall at the edge of a field. This looks like the ambush that they had been warned about.

Sweeping the area through his Night Vision Goggles and XTRAIM sight from the safety of cover, The patrol leader spots a group of figures moving towards them through the trees. The heat signature detected via the XTRAIM sight means that the figures are decamouflaged despite the concealing foliage.

The patrol leader gives the order to return fire, ensuring that the insurgents – clearly visible to all platoon members thanks to the new sight – are quickly neutralised at a range of 250 metres. The platoon emerges unscathed, and is able to continue its mission. Even if the insurgents had managed to encroach to within close range, the very large eyepiece and reflex firing capabilities of the Xtraim sight would have enabled them to be neutralised quickly and accurately.

Thales sought input from potential users on a regular basis throughout the design process for the XTRAIM all-in-one sight. Based on mission requirements specified by users, for example, the IR detector offers a full eight hours of autonomy, thanks to the sight’s innovative processor, which combines compactness with low power consumption, enabling users to maintain their firepower right through the night – a genuine breakthrough for soldiers in the field.

In addition to this deep understanding of users’ essential needs, Thales’s optronics expertise was also a key factor in the design of the new product: the unique patented all-in-one architecture combining a direct-view optical day channel and a thermal sight, developed by Thales’s optical design teams, forms the beating heart of the XTRAIM. 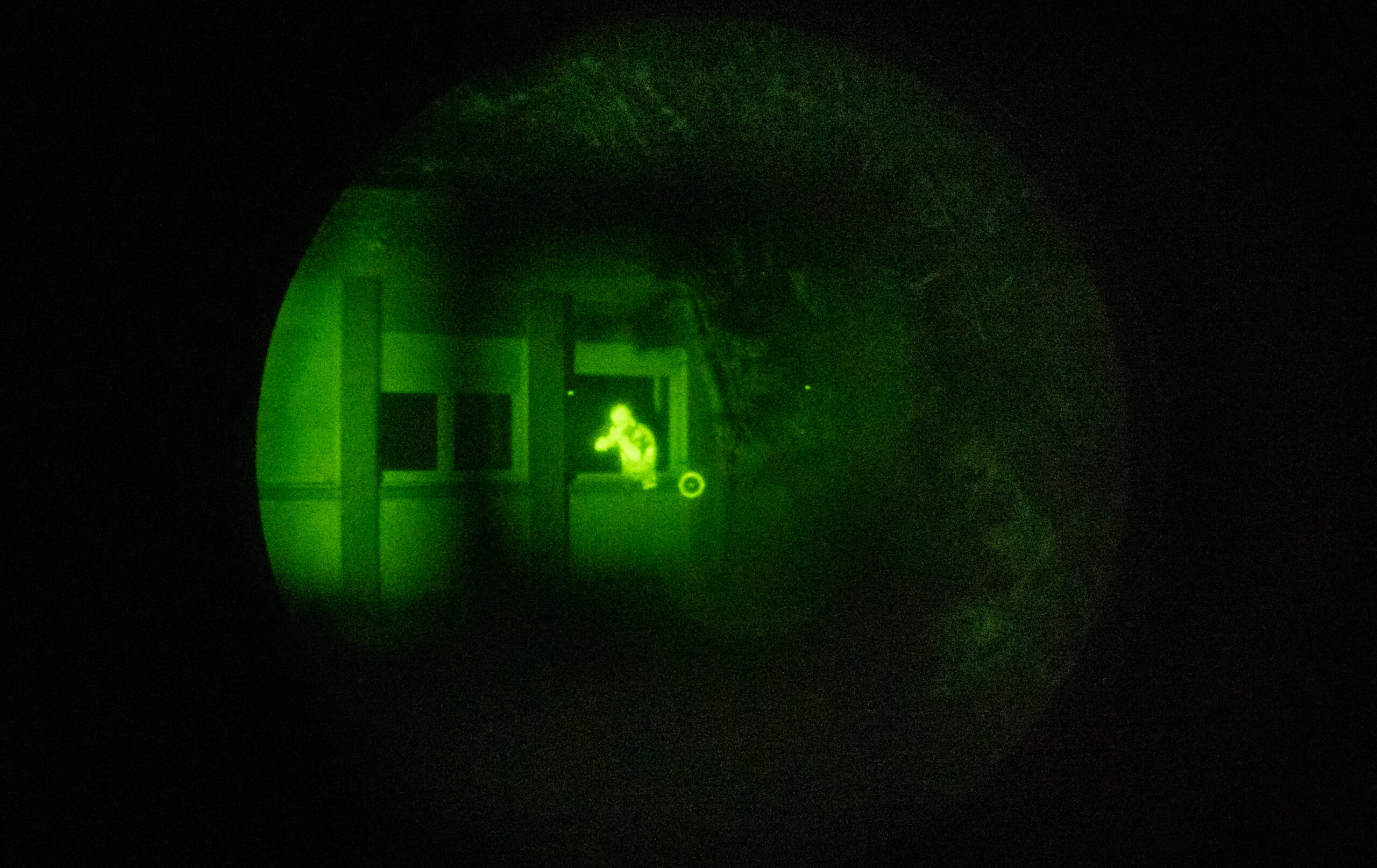 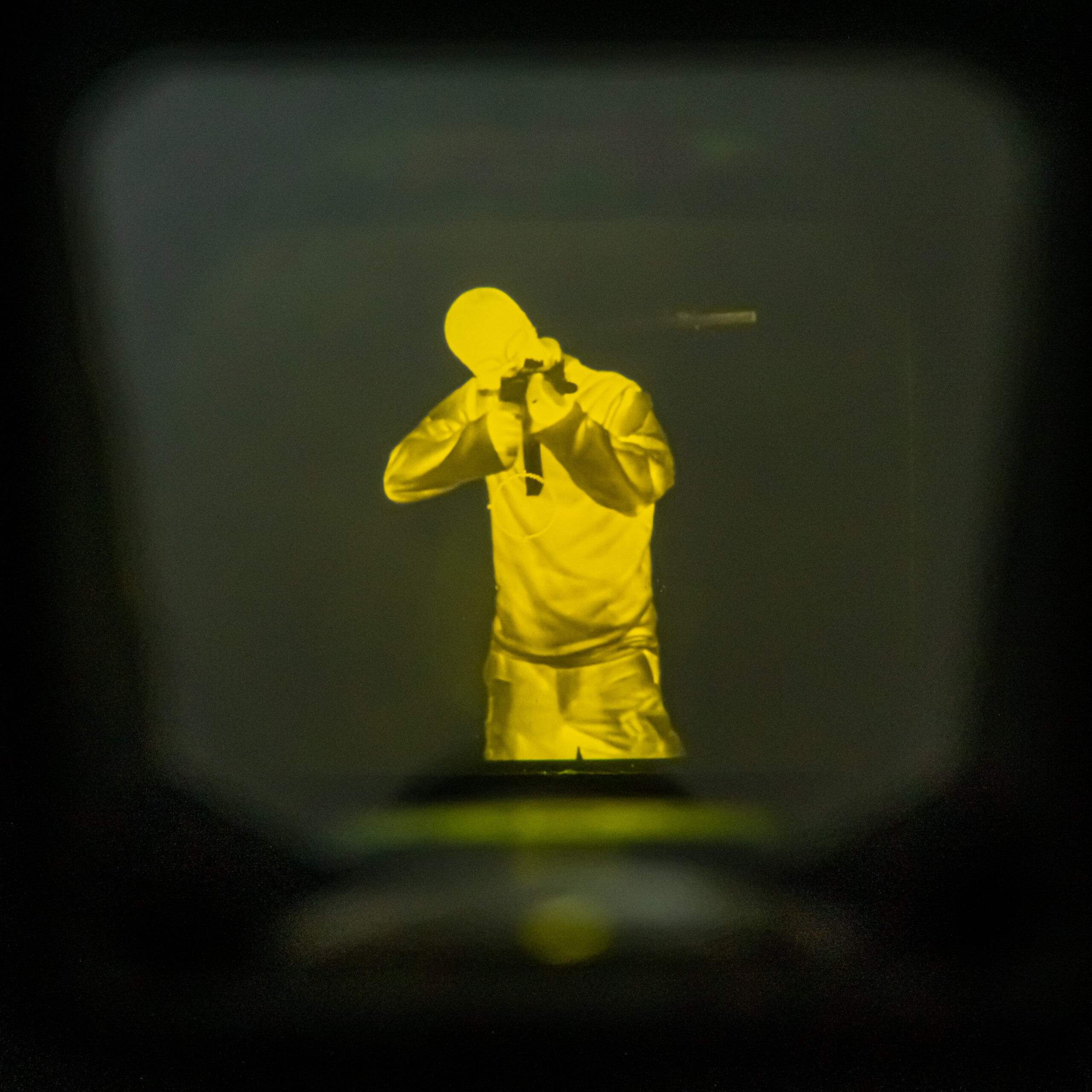 The patrol leader and his platoon would be the first to agree that the XTRAIM all-in-one day/night sight has the power to transform their performance in the field. The sight delivers a step change in survivability and mission effectiveness by giving decamouflage and night firing capability to every member of the platoon, allowing threats to be engaged at full weapon range by multiple shooters.

The IR detector allows targets to be decamouflaged in the daytime by superimposing an outline or full IR heat trace on the image viewed via the direct-view optical day channel (which enables superior situational awareness, and includes a configurable digital reticle with 500 hours of autonomy). This day decamouflage capability is a key differentiator.

All these features, and more, are packed into a product that is very close to a simple reflex sight in terms of size and weight, but offers night firing capability right through the night, as well as outline or full IR day decamouflage capability thanks to DVO/IR fusion, making it significantly easier for dismounted platoon leaders to keep their soldiers safe while on patrol in hostile territory.